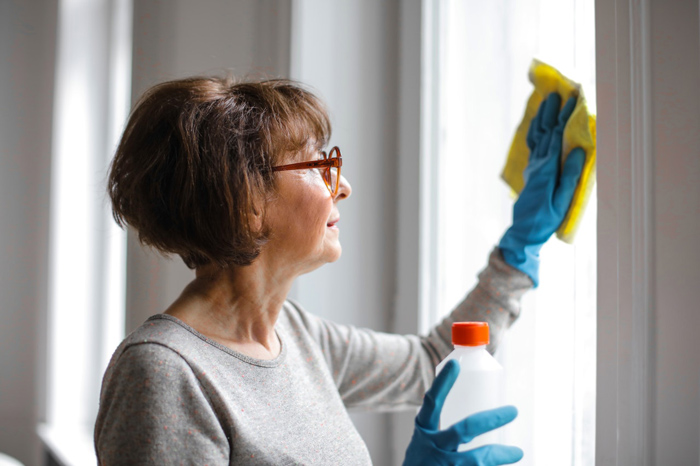 Household chores might seem a drag, but researchers have suggested tasks like dusting, scrubbing floors and washing the windows might help adults to stay healthy into old age.

The team randomly recruited adults from the town of Yishun in Singapore, and asked them to complete cognitive function tests as well as activities to assess their physical capabilities, such as standing up from a chair as quickly as they could.

Participants were also quizzed on their levels of physical activity, including the amount of light housework (such as dusting) and heavy housework (such as floor-scrubbing) they did, and were assessed for their risk of having a fall based on measures such as knee extension strength.

After taking into account factors including age and sex, the team found cognitive scores and attention scores were 8% and 14% higher respectively for older adults doing high amounts of heavy housework – on average 131 minutes a week – compared with low levels, which appeared to amount to none at all.

Sit-to-stand times were lower for older adults reporting high amounts of heavy housework compared with low amounts, while they were also assessed as being at lower risk of having a fall.

The team also found cognitive scores were 5% higher for older adults who reported high levels of light housework – on average doing 902 minutes a week – and memory scores were also higher, compared with those undertaking low levels of such tasks, averaging 89 minutes a week.

Dr Shiou-Liang Wee, the co-author of the research, from the Singapore Institute of Technology and Geriatric Education and Research Institute said health messaging on staying active should not just be about recreational physical activities.

"Housework is a purposeful activity performed by many older adults. Independent of recreation, [commuting] and other work-related physical activity, heavy housework is linked to sharper memory and better falls protection in older adults,” he said.

Gill Livingston, professor of psychiatry of older people at University College London, who was not involved in the work, said the study was interesting but had little meaning as people who are not so well may be expected to do less housework.

"I think the advice would be that housework can be good exercise, which is good for your heart and brain. We cannot draw any conclusions from this study that it is specifically protective,” she said.

Charlie Foster, professor of physical activity and public health at the University of Bristol, also urged caution, noting the study relied on self-reported levels of household chores, which may be inaccurate, and did not fully take into account other factors which may influence the results.